Apex is a British featherweight robot built by Team Danby, which competed in the 2018 King of Bots UK International Championships. A scaled-down version of the team’s Robot Wars competitor, it initially achieved success in the qualification rounds, picking up a knockout victory against The Mighty Unicorn despite encountering issues with its drive and weapon systems. Further issues caused Apex to forfeit its remaining qualification battles, eliminating it from the 2018 UK International Championships at that stage.

Following a successful test, Apex was able to get its spinner working in its subsequent Tag Team battle, partnered with Broadax 2. During the early stages of the battle, it landed a heavy blow on Take Cover and Meow, which threw the latter over and disabled Apex's spinner entirely. Despite losing its weapon, Apex would win the aforementioned battle on a Judges’ decision with Broadax 2, as the only team with two robots still mobile.

Much like its heavyweight counterpart, Apex was a red, two-wheel drive robot with an inverted Y-shaped chassis and a distinctively large horizontal bar spinner. The spinner, painted gold, had a symmetrical design with two sets of cutting teeth on either end, and was quoted to have a rotational speed of 2,500rpm. These features allowed Apex's spinner to potentially cause significant damage to opponents when operational. Apex’s design incorporated HDPE wheelguards and rear armor panels, which were left unpainted.

Outside King of Bots

Multiple versions of Apex have been built by Team Danby (also known as Team Terrafonics) for different weight classes, appearing in a variety of live, televised and online robot combat shows hosted in the United Kingdom.

The heavyweight version competed in Series 9-10 of Robot Wars, with limited success, being eliminated in the first round in both of its appearances. In Series 10, Apex was repainted blue and gold, had interchangeable bar spinners and became notable for violently disassembling itself during its Redemption battle against Track-tion. Following repairs and modifications, the Series 10 version of Apex continued to fight at Extreme Robots events, while Team Danby began building a new version in anticipation of a presumed eleventh series of Robot Wars. This new version featured an angled box-shaped chassis and sets of compact shuffling mechanisms, a form of locomotion originally adopted by the Series 10 version, but replaced before filming. While Robot Wars would not be renewed beyond Series 10, the new version of Apex has been fully constructed, and began testing in March 2019 ahead of its entry into live events.[1] A beetleweight version, Apex BW, competed in the 2018 series of Bugglebots under the captaincy of Chris Danby. This version suffered from multiple issues with its bar spinner, losing its first battle after becoming immobilized on one side by SCD and counted out just before time had fully elapsed. Apex BW made up for this in its Redemption melee, pitting The Berg and winning the Judges' decision over Léim to progress to the second round. However, its success at that stage was limited; after suffering more issues with its weapon shaft, Apex BW was eventually pitted by Claws 2, and eliminated from the main competition. 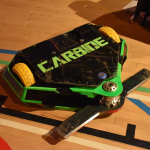 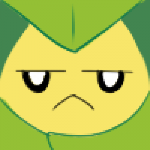